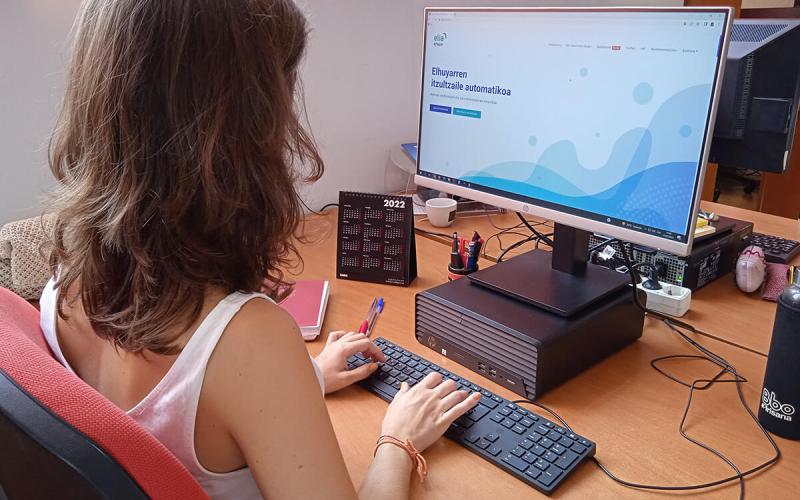 Elia, the automatic translator of Elhuyar, now translates in a faster and simpler way

Elia, the automatic translator of Elhuyar, arrives with more news to be able to translate faster and easier. On this occasion, it offers you an application that is installed on your computer's desktop, so that the translations are directly incorporated into the text we are working on.

This new functionality allows you to install the Elia app on your computer desktop and use it directly from any program without having to access the website. After downloading the application, three steps are enough to translate a text into any program: select the text, double-click Ctrl + C and double-click Ctrl + V to replace the original text with the translation. In this video you can easily see the steps to follow.

On the other hand, given that many users use the automatic translator Elia to carry out consultations as if it were a dictionary, we have integrated the dictionary of Elhuyar on the website of Elia, in order to show results more consistent with those consultations. Thus, when a user requests the translation of one or two loose words (not one sentence), Elia visualizes the result of the Elhuyar dictionary instead of the result of the automatic translator.

Remember that the automatic translator of Elhuyar performs in a few seconds translations between six languages: Basque, Spanish, French, English, Catalan and Galician. The application of mobile devices also allows the translation of text images. We can use it to translate texts from our own photographs and images that come to us through social media.