Under the slogan “Science and imagination, the keys of the future”, we have presented the CAF-ELHUYAR awards at the Kutxa Kultur Plaza de Tabakalera, in Donostia. The winning works were as follows: 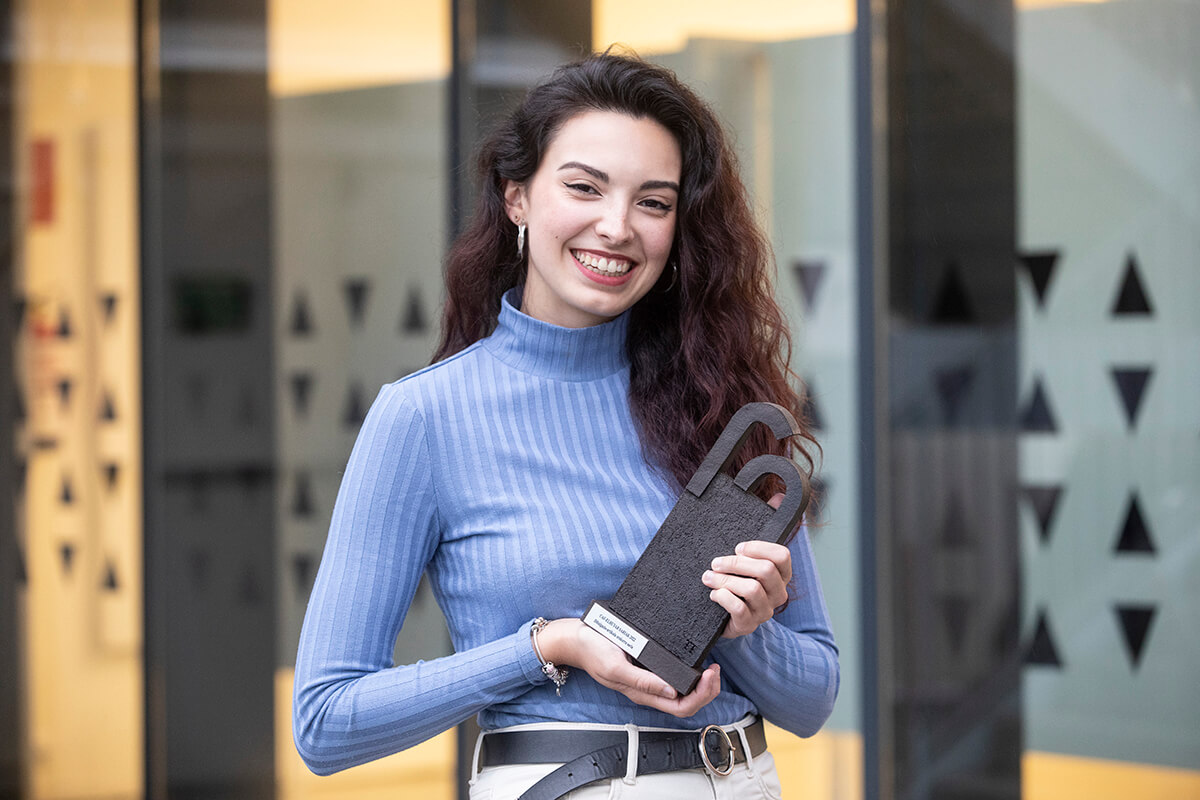 The winner of the award for the general article was Ane Portillo Blanco, from Berango, with the article Emakumeen libidoaren heriotza: Epaiketa garaia. The court has held that the topic chosen by the author is unusual and that, in this sense, the fact that the issue has been raised is noteworthy. She also emphasizes that the article's narrative is very original and that some images have been created expressly by the author gives even more value to the work. 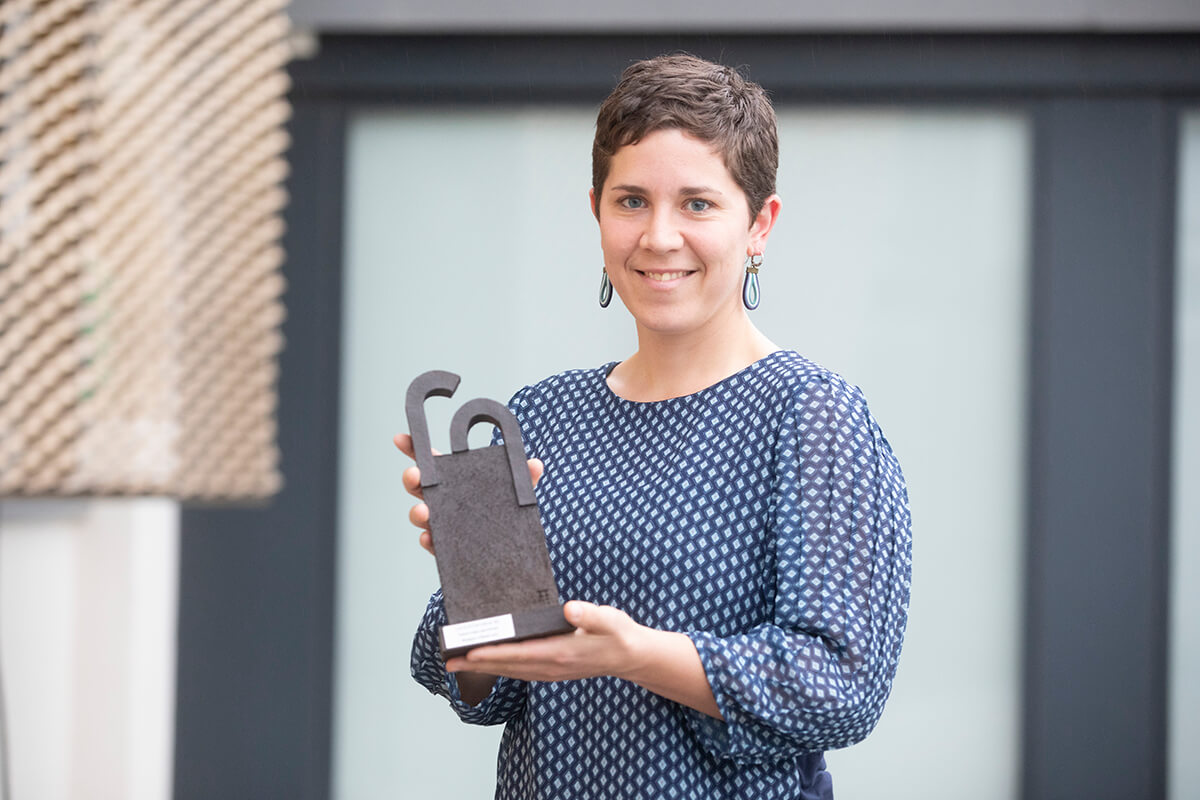 AWARD TO ARTICLE OF DISSEMINATION BASED ON A DOCTORAL THESIS

The article of dissemination based on an award-winning doctoral thesis was that of Donostiarra Amaiur Esnaola Illarreta, for her work entitled Gaueko bake frenetikoan dantzan segi dezan. The court considered that the article perfectly reflected the investigation and the conclusions. In addition, he points out that the story is kind and attractive, with a very appropriate wording, and that the photographs provide added value. 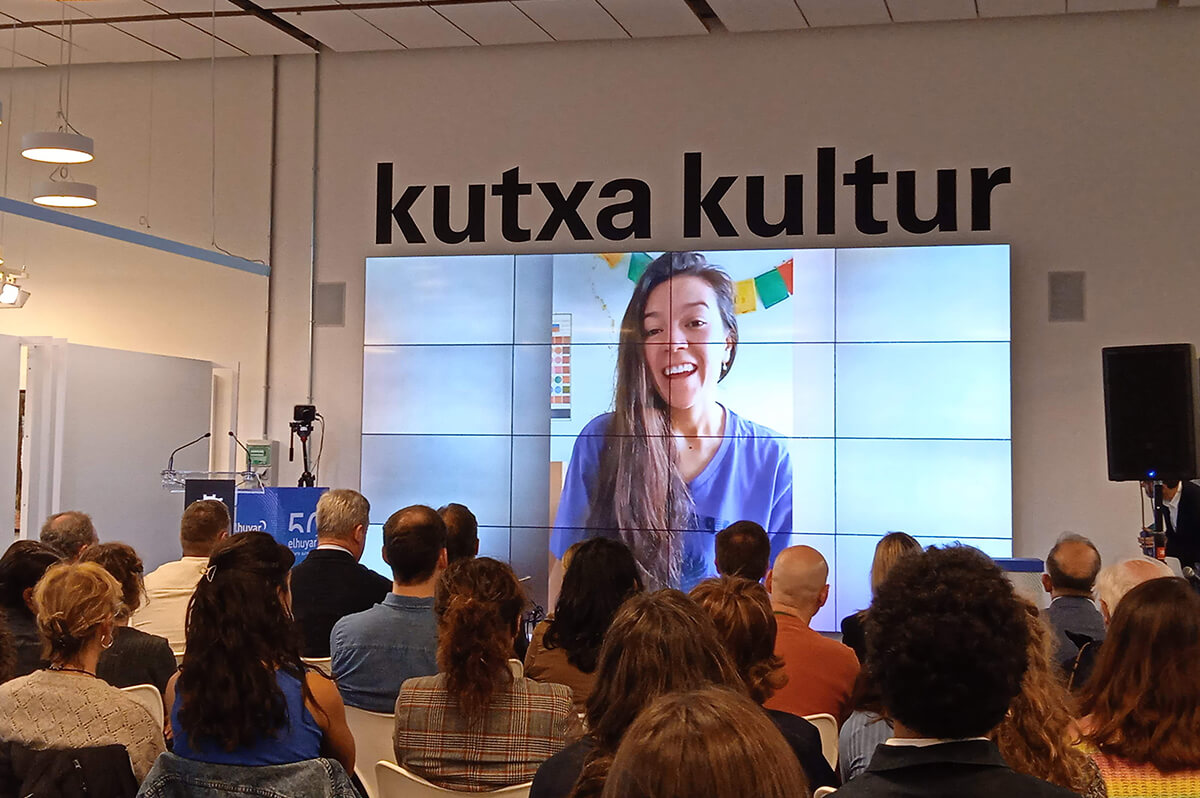 The Neiker Prize, which aims to reward the work of the primary sector, has this year been for Fátima Villa González, for his work Zer diotso sagarrak jogurtari? The jury expressed the reasons for the award: 'It addresses the issue of waste and, in this sense, responds to a current need. It's based on digitization and it looks at the whole chain. It's didactic, it's well-written. It puts it forward as a proposal for a future, but feasible, of great applicability.' 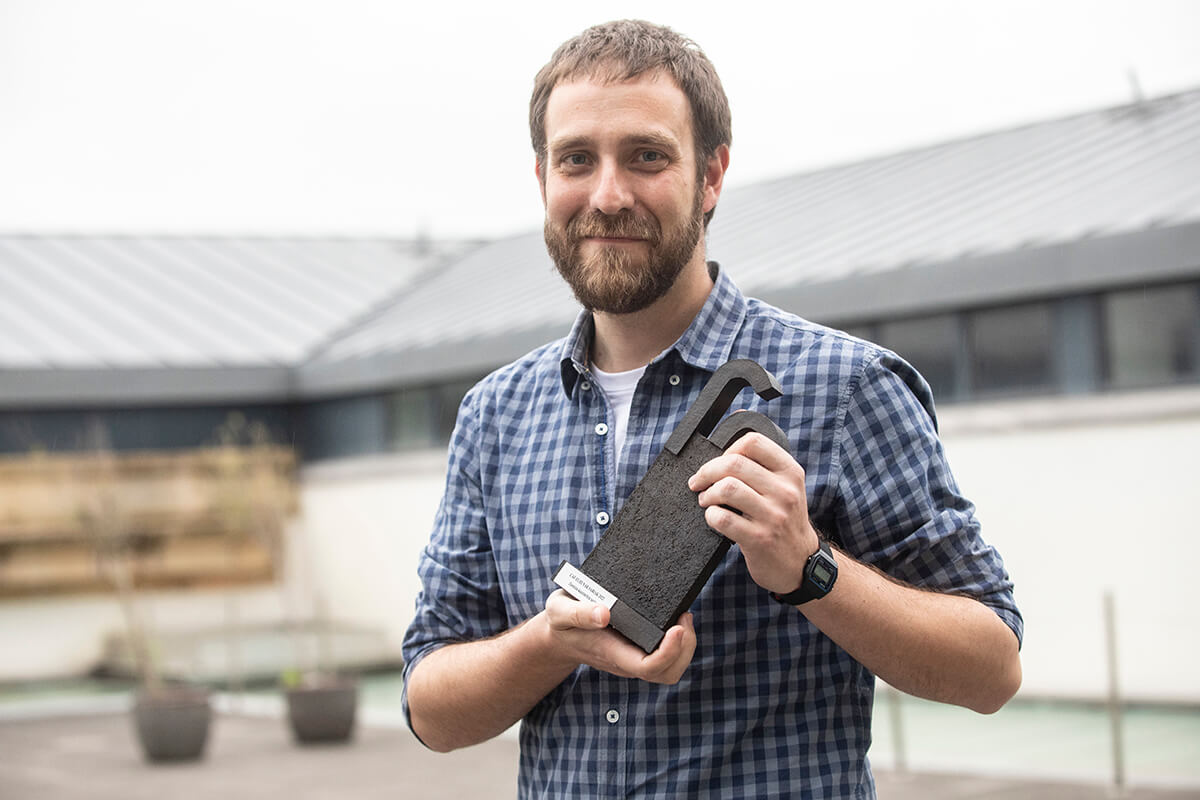 In the category of scientific journalism, the work Etxerreko putzua eta Hego Uribeko uren altxorrak has been rewarded. Their authorship is shared: the winners are Jon Villapun Arbide, Jon Goikouria Larrabeiti and Maider Ibañez Espinosa. The jury has defined the work of the trio as rich and of good quality, well illustrated with images and testimonies, and that while what is available is local, it can serve as an example for other places. The jury has stated that the work is as deep as gratifying and that it perfectly fulfills its goal of arousing interest in the treasures around us and the need to preserve them. The paper was published in the journal Geuria in June last year.

In addition to the awards, the CAF-Elhuyar contest, under the heading ‘creation grant’, grants a grant of EUR 5 000 to support projects with a bridge between science and society. This year, the fellowship has been for the bilbaine Arantzazu Luzarraga Iturrioz, for the work Ostutako Paisaiak. [Anthropozenoaren aztarnak euskal kostaldean]. 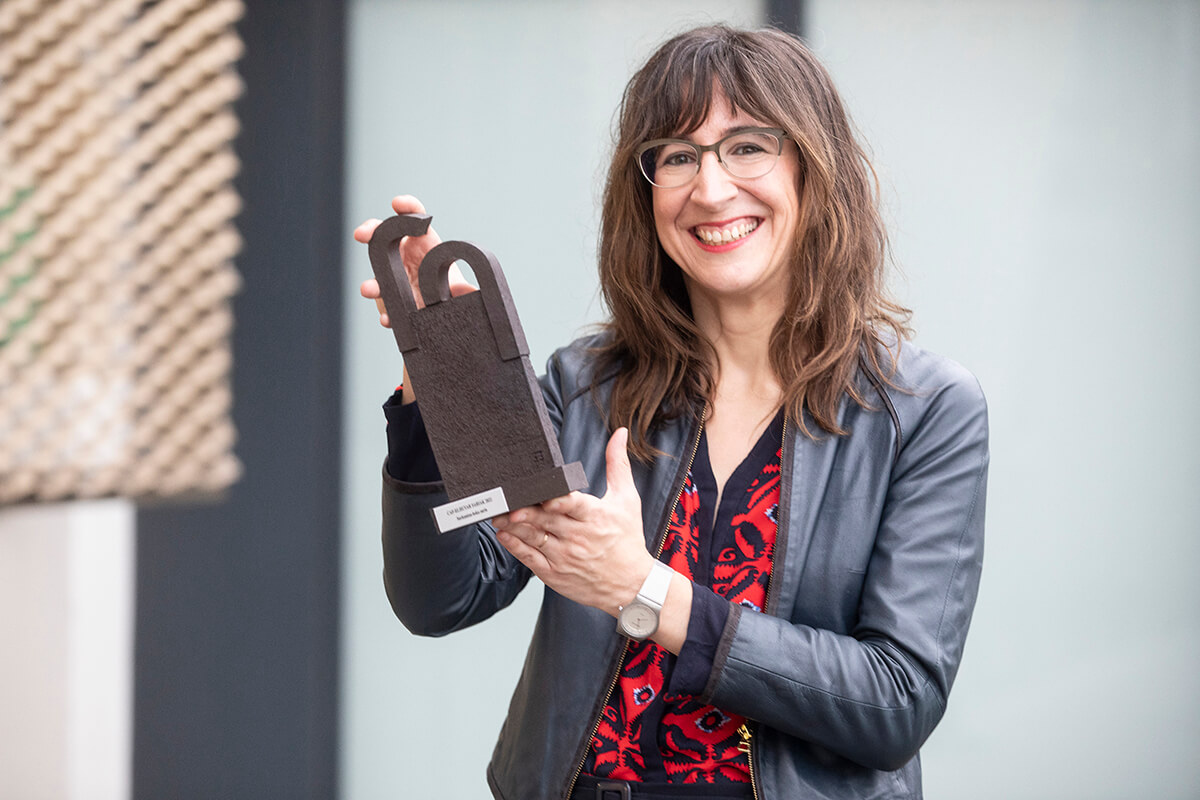 This year the scholarship has been for the bilbaine Arantzazu Luzarraga Iturrioz, for the work Ostutako Paisaiak. [Anthropozenoaren aztarnak euskal kostaldean].
The jury agreed that this was an original project dealing with a topical issue. From a scientific theme, he proposes a creative work that is suggestive. In addition, it explains in depth and detail how the process will be, which guarantees its applicability. 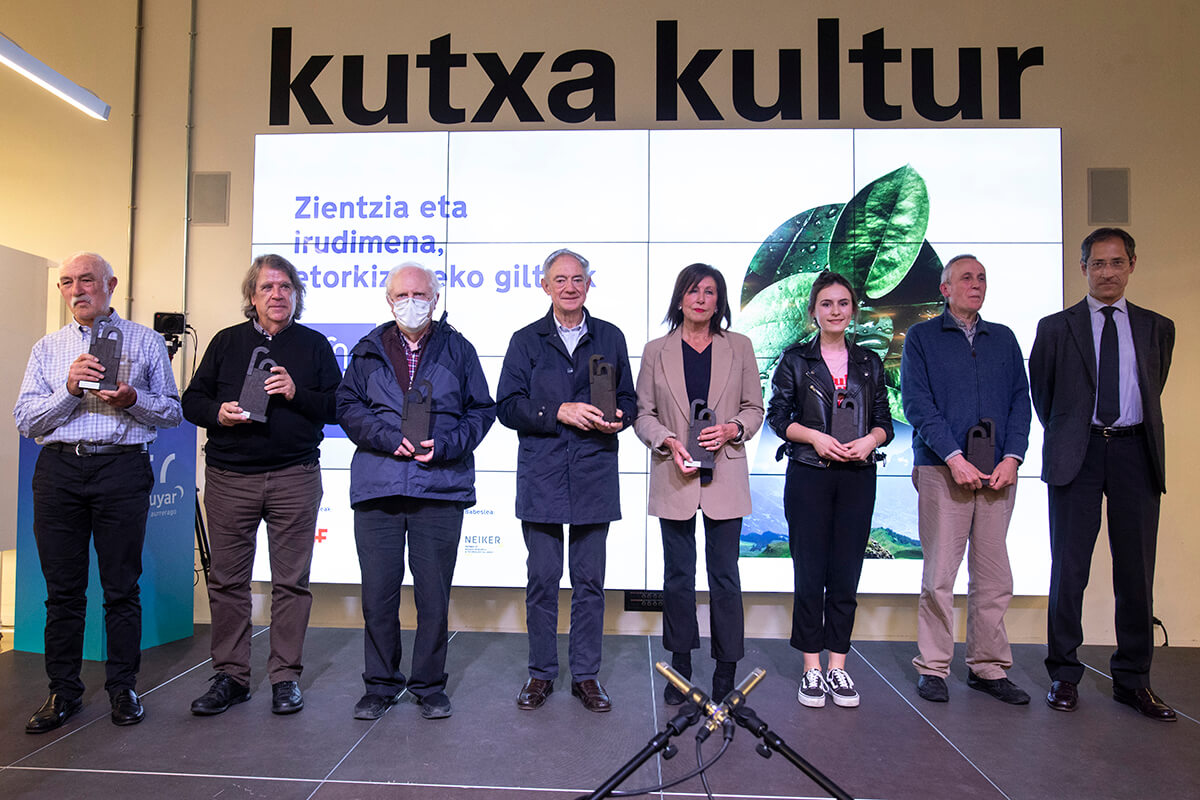 The Patronato of the Elhuyar Foundation awards the CAF-Elhuyar award for merit. The aim of this prize is to pay tribute to the people who have stood out in the normalization of the Basque language and the dissemination of science and technology.
This year, coinciding with the 50th anniversary of Elhuyar, the Board has granted this recognition to the founders of Elhuyar: Iñaki Azkune Mendia, Felix Azpiroz Arrillaga, Juanjo Gabiña Carrera, Jesus Mari Goñi Zabala, Andoni Sagarna Izagirre, Mikel Zalbide Elustondo, Xabier Larrea, Luis Mari Bandres Unzalondo and Kepa.
The Board has praised the contribution of the work begun 50 years ago by these engineering students to the normalization of the Basque language and to the dissemination of science and technology.

The CAF-Elhuyar merit award is awarded by the Elhuyar Foundation. Three courts are organized for the selection of winners from other categories. On the one hand, the jury that has judged the scientific journalism and news articles, made up of Arturo Elosegi Irurtia, ecologist and researcher of the UPV, Marian Iriarte Ormazabal, chemist and researcher of the UPV, Alberto Barandiaran Amillano, journalist and writer, and Aitziber Agirre Huar de Arkaute magazine. Furthermore, the jury chosen by Neiker, composed of Arantza Madariaga Aberasturi, director of the Elika Foundation, Pilar Santamaría Martínez, area manager of the HAZI Foundation and Ricardo Bueno Zabalo, director of BRTA. Finally, the jury that evaluated the projects submitted to the scholarship: Lorea Agirre Dorronsoro, Director of the Jakin Foundation; Koldo Almandoz de La Cruz, Film Director; Josu Rekalde Izagirre, Professor of Art and Technology of the UPV; and Irune Bengoetxea Lanberri, Communications Officer of Elhuyar.