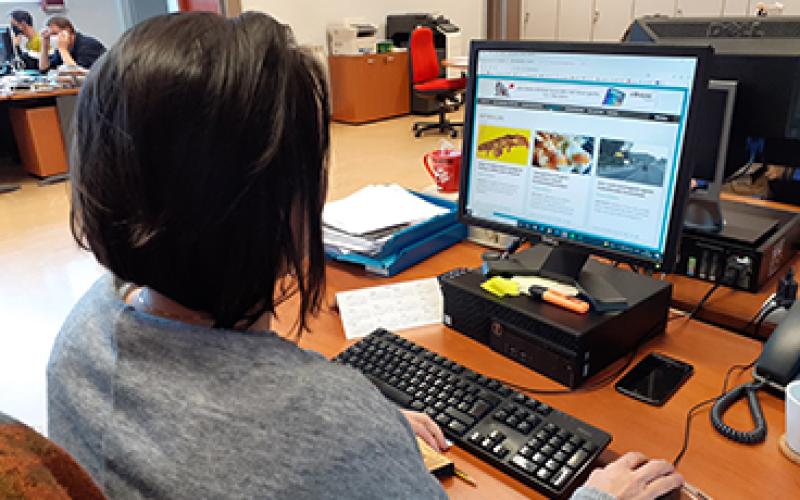 Elhuyar technologies allow you to read web pages in 6 languages

The technologies developed in Elhuyar allow us to read the contents of the web pages in six languages. Thanks to this, for the first time, two media in Basque, Zientzia.eus and Aldizkaria.elhuyar.eus can be read in other languages. The users of the network of these media will be able to read their contents in Basque, Spanish, French, English, Catalan and Galician, all thanks to Elia, the automatic translator of Elhuyar.

The two websites mentioned, zientzia.eus and aldizkaria.elhuyar.eus, are two media in Euskera that generate cutting-edge content in the field of scientific dissemination and both have integrated the automatic translator of Elhuyar, Elia, among other technologies. Thus, you can select the option to read content in other languages on the home page of the website zientzia.eus. Also, by clicking on each article, the option to translate it into other languages is shown on the right side. If the article has been automatically translated, the user will be informed by a notice and will always have the option to go to the original version in Basque. In Elhuyar magazine, for its part, it is necessary to access the article in order to read its content in other languages. For this, the automatic translation will be selected from the top menu.

However, Elia is not the only Elhuyar technology integrated into these websites. Readers of these websites have long had the opportunity to listen to content rather than read it, using voice synthesis systems that make the text voice. The user can listen to all content continuously, listen only a few parts, adjust the volume, change the voice genre or adjust the audio speed. The voice synthesis system marks at all times the phrase you're reading with blue shadow.

In addition, augmented texts and analytical sections have been added in zientzia.eus. By means of augmented texts, the user can learn more about the concepts, researchers and institutions related to the articles through additional information from Wikidata. For their part, the analytes will provide information on content in different graphs. In particular, seven types of graphs will be provided, through which the list of women and male researchers most appear in the news, their professions, how many of these researchers are from Euskal Herria and how many from outside, etc. will be represented in figures.

The website of the journal Elhuyar aims to develop the scientific culture in Euskal Herria. Far from simply providing mere technical information, it continually informs Basque society about the direction, challenges and risks of science and technology, leading everyone to develop their own critical thinking. It reflects daily scientific news, and addresses long-range topics through analysis, interviews and deeper reports. The Elhuyar Journal is the only one published in the Basque Country on scientific issues at the informative level.

Zientzia.eus is a website with content related to science, which offers a space to enjoy science in Basque. Elhuyar offers content created in multiple formats that allow us to understand science in a simple way. The website has over 23,000 content integrated by news, videos, audio and photos, and classified by theme. It also offers content related to STEAM Education, which aims to develop critical thinking and content on gender equality. It also sends its subscribers a weekly newsletter with information on new content and its agenda.