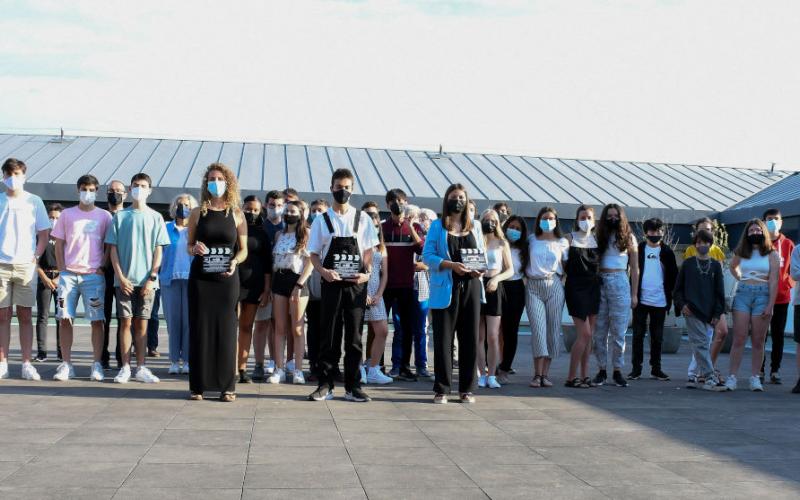 Award for the best short videos on science and technology

The video contest ON Zientzia, organized annually by Elhuyar and Donostia International Physics Center (DIPC) as part of the television program Teknopolis, aims to produce and broadcast short and original videos on science and technology, aimed at all audiences. This year's awards ceremony, the eleventh edition of the competition, was held today in Tabakalera.

This year, 86 works were received in total, with gender balance among participants. Videos have been presented in both Basque, Spanish and English, as the origin of the participants extends to everyone. Despite the fact that most of the works are presented from the Basque Country, several videos have also been received from Germany, the United Kingdom, Mexico or Peru, among others. All participating videos are visible on the competition website: www.onzientzia.tv

The jury has decided to award in each category the following works:

In the category of the best video of disclosure (3.000 €), this year for the first time the jury has decided to deliver two awards. There has been a technical tie between a video in Basque and another in Spanish, and for this reason, this year it has been decided to declare the Award for Best Video in Basque desert, and instead, to award two main prizes. On the one hand, the high school students of Andoain Unai García, Mikel González, Eneko Mosquero and Alex Bouza have received the award for the work “Deepfake, etorkizuna atarian”. In the words of the jury, “the video shows a technological experiment in a very visual way; it is a very original video, well elaborated and with a perfectly structured speech”. On the other hand, the Galician Yasia Doslinea has also received the award for best video disclosure for her work “Why can’t we take an ibuprofen every 4 hours but we can alternate it with acetaminophen?”. The jury stressed that this is a very unique and close work, which has succeeded in explaining in an unbeatable way a daily problem.

The students of the Urdinak eta Berdeak groups of the ESO Toki-Alai school in Irun have received the Young Prize (€1,000) for the work “Aurrera goaz”. In the words of the jury, “it is a work that transmits values, and its authors have managed to properly combine science and history, working as a team and offering a positive message.”

The jury also awarded a Special Mention to Carmen Reja for her work “Science”. This is a video that claims that science must be understandable for all audiences and for all people, and that, according to the jury, “is a professional invoice work that transmits interest and emotion from beginning to end”.

As for the jury, the evaluation of the videos has been carried out by Marian Iriarte Ormazabal, dean of the Faculty of Chemistry of the UPV/EHU and scientific disseminator; Onintze Salazar Pérez, physicist of Euskalmet; Txema Muñoz López, member of the Basque Film Library and head of the Kimuak program

The ceremony will be broadcast on a special TV show Teknopolis, along with award-winning works and statements from those who have been awarded. The program will be available on June 19 at 13:30 in ETB1, and June 20 at 13:30 in ETB2.