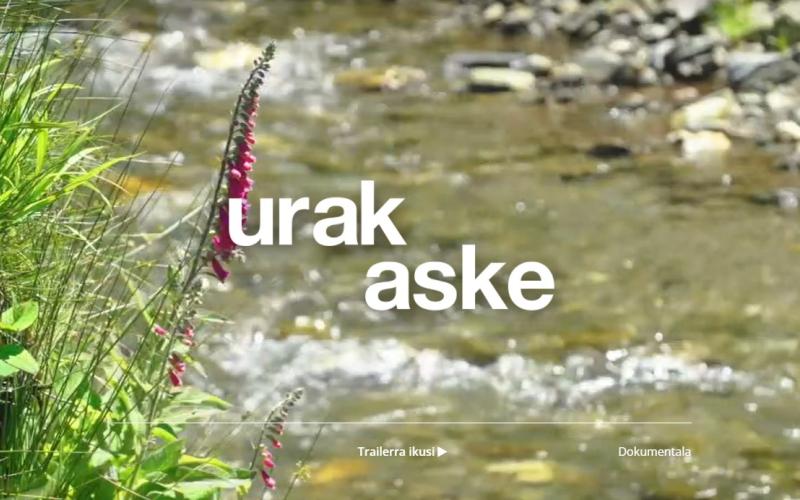 Premiere of the documentary Urak aske on 10 March

The documentary Urak aske, focused on the emptying of two large dams and the elimination of its dams, is held on 10 March at the Trueba Cinema in San Sebastian. The first projection will take place at 19:45, and the tickets are already on sale. You can also see it in Vitoria on 17 March and in Pamplona on 7 April. And in many villages of the Basque Country: Arrasate, Errenteria, Bergara, Lizoáin, Lezo, Ardánaz and Urroz, among others.

The documentary Urak aske reflects on our relationship with nature and helps us to imagine what path we should take in the future to preserve biodiversity. Narrate the steps taken in Normandy (France) and the Basque Country to empty two large dams and remove their prey.

Vezins and Artikutza are separated by 800 kilometers. Water depletion work has been done at the same time in both places, but not in the same way. In the first, after ten years of conflict, the wall impeding the Sélune River has been removed. In the second, nature has slowly recovered, although the 42-metre wall is still standing. Both have aroused the interest of researchers around the world.

Artikutza is located in the Basque Country. On the top of the Urumea basin, this estate of the municipality of Goizueta was intensively exploited for centuries. But in the early 20th century, Artikutza was acquired by the City of San Sebastian to meet the city's water supply needs, and abandoned all the productive activity in the area. It is currently one of the most natural places on the Cantabrian coast.

After the construction of the Añarbe reservoir, the Artikutza reservoir was out of use, and in 2017 began the process of emptying the water, to begin the natural recovery of the environment. This work was done slowly, and after the initial impact, nature has recovered the area that remained flooded for decades. However, the wall remains standing, as the process of removing the dam is causing more problems than initially foreseen.

This documentary, whose motto is "Remove the dams, recover the rivers", lasts 74´ and makes us reflect on our relationship with nature, through the two initiatives shown on the screen. One of them, the one carried out by the City of San Sebastian in Artikutza, has emptied two million m3 of the reservoir and allowed the survival of the Pyrenees, a species in danger of extinction. In the other, in Normandy, they have removed the Vezins dam so that the salmon can return to the Sélune River.

The relationship between the emptying of the reservoir and the process of recovering nature is also represented in the documentary through an artistic proposal led by Miren Gojenola Arriaga.

The documentary has been produced by Elhuyar and Pixel. The director and screenwriter is Bego Zubia Gallastegi, a member of Elhuyar, and the director of photography is Juantxo Sardon Altuna, from the company Pixel. The music, especially composed for the documentary, is the work of Igor Arroyo Regeiro. Among the protagonists are Arturo Elosegi, Professor of Ecology of the University of the Basque Country; Jorge González, Doctor of Biology and member of Desma Environmental Studies; and Miren Atristan and Amaiur Esnaola, researchers of the University of the Basque Country. In artistic production, Agurtzane Intxaurraga, Myriam Pérez Cazabón and Ainara Ortega have participated.