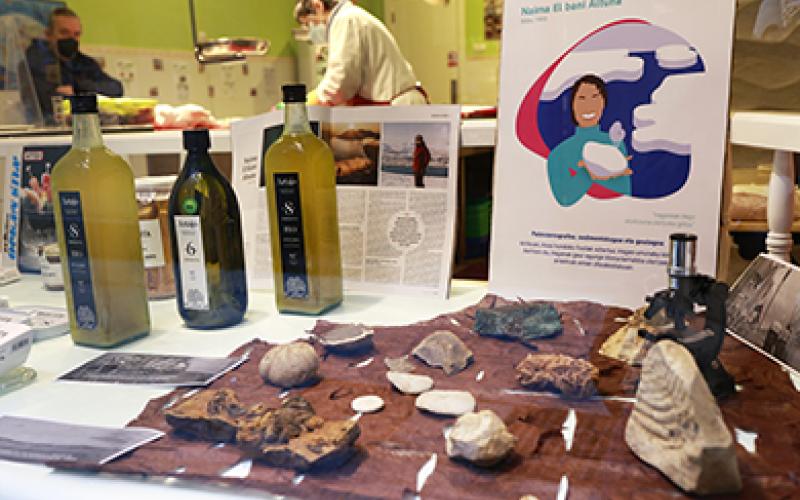 Tomorrow, February 11, will be the International Women's and Girls' Day in Science. The United Nations General Assembly elected that day in 2016 to achieve full and equal access and participation in science for women and girls and to promote scientific vocations among them. To commemorate this day, Elhuyar has launched the “Showcase 11 of February” initiative in which 98 businesses will participate in Bilbao, Tolosa, Ibarra, Villabona, Elgoibar and San Sebastian.

Each establishment will offer its showcase for the work of a scientist. They will place in the store illustrations and posters with information related to their work and decorate the shop window with reasons inspired by their research. In this way, businesses will become disseminators of the life and work of these scientists and thus contribute to making visible the contribution that women make to science.

The initiative is part of Bizilabe, which offers young boys and girls the possibility to carry out scientific and technological activities, and has been organized by Elhuyar, together with the municipalities and development agencies of Bilbao, Elgoibar, Tolosa, Ibarra, Villabona and San Sebastian and the merchants associations of these localities.

In addition, taking as a starting point the images to be displayed in the project “Showcase 11 February”, an exhibition in Eureka can be seen until 13 March! Zientzia Museoa, who will honor 12 women from the world of science and technology. Along with the exhibition, experiments will also be offered for families in tribute to these women on 12 and 13 February at the Eureka site! [Zientzia Museoa].

Through STEAM education, Elhuyar promotes throughout the year the participation of girls in scientific and technological issues, valuing and making visible through different projects the work of scientists to create referents and bring their research closer to boys and girls. Thus, they are offered the opportunity to know the life, trajectory and model of these women in order to overcome false beliefs and stereotypes.

In the context of International Women's and Girls' Day in Science, Elhuyar has also organized many other activities. The Teknopolis television programme will offer a special weekend on 12-13 February in ETB1 and ETB2, which will include interviews with the professor of Genetics Ana Zubiaga and the telecommunications engineer Arrate Alonso. For its part, the radio programme Nord ko Ferrokarrilla of Euskadi Irratia will also devote its space on 11 February. And on February 17, Ana Galarraga, a member of Elhuyar, will interview astrophysicist Itziar Garate López at an event organized by Donostia Kultura and Elhuyar that will take place at the Ernest Lluch Cultural Center.

On the other hand, in the celebration of International Women's and Girls' Day in Science , Elhuyar joins the Emakumeak zientzian initiative and collaborates with a large number of entities: CITION nanoGUNE, Physics Center of Materials CFM (UPV/EHU-CSIC), CIC biomat GUNE, Donostia International Physics Center (DIPC), Biodonostia, Tecnun-School of Engineering, Ceit, LORTEK, Basque Technology Parks The programme of activities organized by all of them is available at the following address: emakumeak zientzian programmes and activities