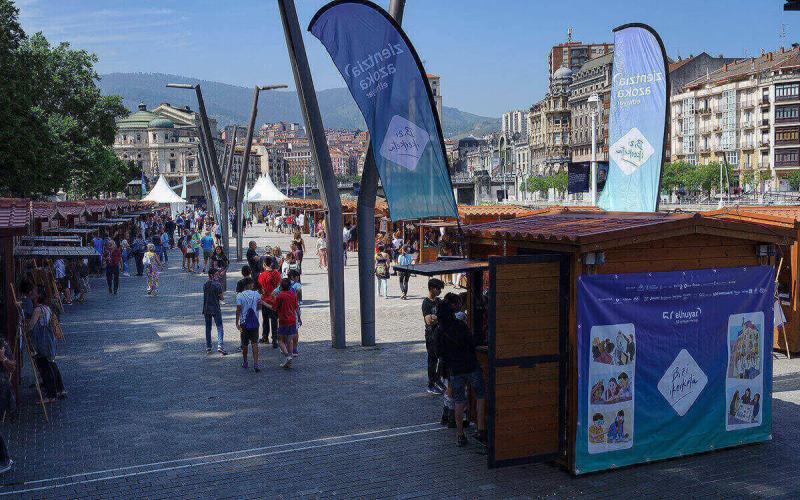 The registration deadline for Elhuyar Zientzia Azoka, the Elhuyar Science Fair, opens today. Elhuyar Zientzia Azoka is an initiative of scientific projects developed by young people, which allows to know from within scientific research and technological development, and in which young people from ESO and Bachillerato can participate from all educational centers in the Basque Country.

In this edition, and for the first time, only projects developed in Basque will be admitted. Young people between the ages of 12 and 18 and their teachers will have the opportunity to develop scientific and technological projects in Basque.

In order to provide help and close references from the professional world STEM, Elhuyar has brought together a large group of researchers from the Basque Science and Technology Network to advise students in their work. More than 200 researchers have already registered at Elhuyar Zientzia Azoka 2023 (and the deadline remains open) to help and advise young people. Among researchers, 51 percent are women, 48 percent are men, and the rest are nonbinary.

Student groups work as a team around a theme of their choice: they ask questions, investigate, design, build, share and live new experiences. They will meet real professionals, share with them adventures and experiences and help them in the development of their projects.

The result of the work will be a research project or a technological project in Basque that will be known at the central event of Elhuyar Zientzia Azoka, which will take place on 2, 3 and 4 June (Arenal Pier of Bilbao). The works will be evaluated during the fair and the prizes will be given on June 4.

Details of the fair, participation conditions and registration form are available on the website of Elhuyar Zientzia Azoka.

Elhuyar Zientzia Azoka has the financial support of the Basque Government, the Government of Navarre, the Spanish Foundation for Science and Technology (FECYT), the City of Bilbao, the Provincial Council of Bizkaia and Erabi, as well as the collaboration of the main Basque universities and research centres.